increase in sales with digital billboards

Rebel ice cream and ice cream sandwiches allow consumers to indulge in creamy, full fat ice cream without the negative impacts of sugar. Rebel was expanding distribution to all Walmart stores in the summer of 2021 and the executive team wanted to spread this news and build brand awareness to drive sales at Walmart.
However, the challenge was how to advertise effectively to the right customers using multiple advertising channels. Rebel Creamery had already effectively been using online channels for advertising but was there more the company could be doing to get the word out? Could billboard advertising be the answer?

In order to increase Walmart sales, Rebel needed to:

Advertise on billboards nationwide at an affordable rate

To help elevate Rebel’s omni-channel marketing strategy, we worked with Blip, an out-of-home (OOH) digital billboard company. Blip is a self-service digital ad company that allows you to advertise on digital billboards nationwide at an affordable rate. We launched a nationwide campaign of digital billboards across diverse geography like rural towns, busy highways, and bustling cities. This widespread effort pushed the omnichannel campaign to the next level.
At first we were skeptical of working with Blip. We had worked with traditional out-of-home billboard providers in the past and had bad experiences. However, Blip’s new way of billboard advertising changed the game. It provided real-time data, increased targeting capabilities, included UX/UI in it’s software and made OOH advertising affordable. We ran the campaign all summer.

The sales results after the campaign certainly didn’t disappoint as Walmart sales in the targeted regions increased by more than 30%. What’s more, Blip’s campaigns drove an incredibly strong return on investment. The digital billboard advertising strategy significantly helped the awareness-to-sales conversion.
Of course, Rebel Creamery deserves the majority of the credit. The company makes a delicious product that is easy to advertise. Customers love it. We just found an effective strategy and channels to target the right customers at the right time.

The lesson? OOH advertising needs to be an essential piece of any advertising campaign. With Blip, it’s affordable and doable on any budget. Rebel Creamery had greater sales success because it both advertised on digital platforms and digital billboards. If you want greater success in your campaigns, diversify your advertising. 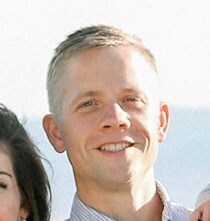