increase in revenue month over month

Peach Marketplace is a husband and wife team out of Atlanta, Georgia who make stylish and comfy clothing for women. The business has its own printing facility in the US where all the shirts are printed. With over 7,500 Five star reviews, women love Peach Marketplace’s shirts.
When the iOS 14.5 privacy update happened at the end of April 2021, Peach Marketplace had a serious problem. This update essentially removed the ability for Peach Marketplace to retarget to iPhone users after 24 hours. In the two months after the update, sales decreased by 38% and Global ROAS (return on ad spend) decreased by 40.5%.

In order to maintain a strong business, Peach Marketplace needed to:

Stop the drop in sales

Increase sales and ROAS to a healthier number

After the privacy update, social platforms like Facebook had very limited data. Peach Marketplace could no longer rely on the platform for data and retargeting. The company was going to have to collect it itself. Peach already had an email campaign so we decided to double down on it and run on-platform lead generation campaigns to garner more emails. We would then use the customer data to send retargeting ads on social, as well as garner sales through email campaigns.
The privacy also meant it would be harder to attract new customers to buy Peach’s products. To combat this, we focused on ad creatives as well. We generated more ad creatives (video and static image) and tested more audiences and variations. Having fresh creative was key to keeping the attention of new customers.

After aggressively adjusting the advertising strategy, we were able to generate an increase of 125% in monthly revenue for Peach Marketplace in August compared with July. We were also able to simultaneously increase the ROAS by 16% as well. Our top of funnel leads campaign generated more than 2,000 new leads at $0.80 per lead.

As always, it’s important to note that Peach Marketplace deserves most of the credit. The company developed a great product that customers love. We just found a more effective way to advertise to new customers in a post-privacy world.
The lesson? We can no longer rely on social platforms to gather data for us. In order to survive, we need to gather data ourselves through lead gen campaigns and aggressively retarget through email and social media ads. Plus, consistent new ad creative is key to attracting new customers. Without great data and creative, we cannot scale. 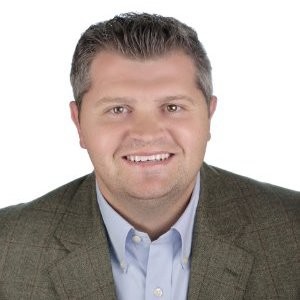 “Gattaca Media is amazing! They're very responsive, which was very important for us. I definitely recommend them to anyone looking for a marketing partner.”